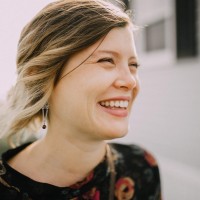 Rachael  brings a wealth of experience and compassion to her work as a musician. She is a graduate of Dalhousie University with first class honours in both Music (voice) and Sustainability and prior to that studied voice in the Regional Arts Program at Cawthra Park. Rachael has been engaged in high-level singing  opportunities for many years, most notably singing as back-up for The Rolling Stones with the Cawthra Park Chamber Choir, professionally recording full-length albums in Toronto, and touring professionally with Xara Choral Theatre across Ontario in both 2017 and 2018. As a teacher, Rachael has experience giving one-on-one lessons as a vocal instructor,piano instructor, theory, technique, vocal health, and lyric/song analysis. Specializing in pop, Jazz, and classical training (voice). She has been part of the artistic staff at Perform Nova Scotia directing five school choirs for the past two school years. She is the lead arranger of Halifax’s The Big Sing. Rachael also has experience working with the Nova Scotia Choral Federation’s Youth Choir Camp for two summers. Additionally, she has recently joined the roster with the Fall River School of Performing Arts. Rachael can’t wait to share her love of song with your students.

Tagged as: Experiencing other cultures through song, Singing Across the Curriculum, Vocal Health and Technique