by Perform!
in Choral, Performer Profiles
on January 7, 2020 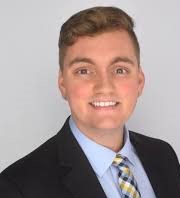 Ryan Henwood is a Halifax-based composer, conductor and choral singer. Ryan graduated from Dalhousie University with a Bachelor of Music in Composition in the spring of 2017. As a composer, Ryan has had works performed by numerous local choirs including The Dalhousie University Chorus, Polaris and Eastern Horizon. Last year, Ryan was the Musical Theatre Instructor at the Fall River School of Performing Arts. Currently, Ryan works at the Nova Scotia Choral Federation as the Program Coordinator, organizing choral programs around the province for choristers of all ages and is the Principal Conductor of Polaris, a social justice choir based in Halifax. Ryan has studied voice under the instruction of Marcia Swanston and now studies with Lucy Hayes-Davis.