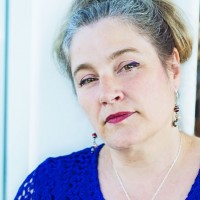 Pamela Halstead is a director, dramaturge, actor, teacher and arts consultant and Artistic Director of Playwrights Atlantic Resource Centre (PARC). She is the former Artistic Director of Lunchbox Theatre (Calgary, AB) and Ship’s Company Theatre (Parrsboro, NS). In her 10 years between these two companies she dramaturged, directed and/or produced over 60 productions, the majority of them premieres of new works. Pamela was awarded the inaugural Evans Award at the Calgary Critics’ Awards for her contribution to the vibrancy of the Calgary theatre community and in 2019 she was awarded the Playwrights Guild of Canada’s Bra d’Or Award for her support of Canadian women playwrights.