by Perform!
in Choral, Performer Profiles
on October 10, 2014 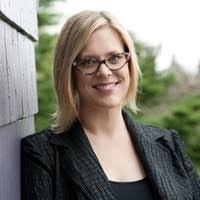 Christina Murray is the Artistic Director of Xara Choral Theatre Ensemble. She approaches her conducting practice through the voice, and is known for her innovative programming as well as her visionary commitment to decolonizing the choral art form.

​Christina holds an honours undergraduate degree in music (voice/conducting) and philosophy from Mount Allison University. She has continued graduate work in feminist liturgical practices, and has subsequently studied conducting with Diane Loomer, Jon Washburn, Michael Zaugg, and Elise Bradley. Also an active and accomplished choral singer, as a young person she was selected for two hours with the National Youth Choir of Canada and has frequently sung with the Canadian Chamber Choir since 2007. Christina served as Head of Choral Studies at Kodaikanal International School in South India from 2002-2004 and has twice served as Resident Conductor of the Nova Scotia Youth Choir (2005-2006 and 2017-18). She currently also serves as the Head of Choral Studies at Dalhousie University.

Tagged as: General Choral, Singing Across the Curriculum, Vocal Health and Technique