by Perform!
in Dance, Performer Profiles, Theatre
on February 5, 2020 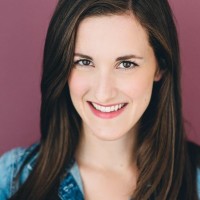 Jade Douris is a Toronto born-and-raised, Halifax-based actor, choreographer, singer, dancer, and instructor. She is the Studio Director and Resident Artist at Shakespeare by the Sea, where she has spent four seasons. Recent acting credits include Dorothy in The Wizard of Oz, Biron in Love’s Labour’s Lost, and Tinkerbell in Peter Pan (SBTS), Celia in As You Like It and Viola in Twelfth Night (Shakespeare BASH’d), Amy in A Different Kind of Job (Theatre Aquarius), and CBC’s According to Kids. As a dance, musical theatre, and acting teacher for young people, she has taught at several studios in the Toronto area, including the Groove School of Dance, Star Potential Studios, and Sean Boutilier Academy of Dance. Her professional choreography credits include four seasons at Shakespeare by the Sea, several works for Shakespeare BASH’d, Dauntless City Theatre, and Shakespeare at Play. Merritt Award nomination for Best Choreography (2019).