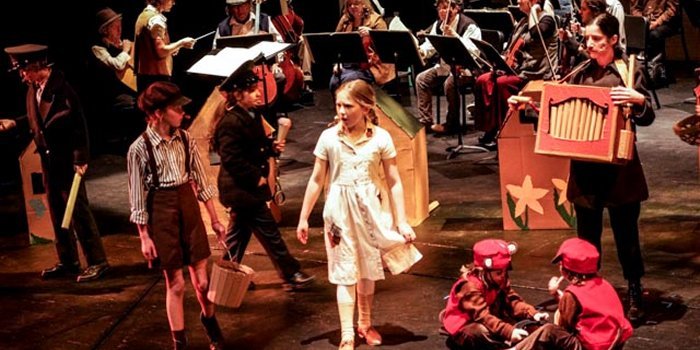 Halifax Theatre for Young People (HTYP) presents the children’s opera Brundibár along with an short educational introduction to the historical context of the opera, and a ‘behind-the-scenes’ component, featuring some of the participants talking about their experience being involved in Brundibár.

Brundibár is an opera written for children and performed at the Theresienstadt Concentration Camp. It was composed in 1938 by Hans Krása, with lyrics by Adolf Hoffmeister and received its premiere in German-occupied Prague at the Jewish Orphanage before the mass transports of Jews to Theresienstadt began in 1942. Brundibár gives us an opportunity to introduce children and youth to the topics of the Holocaust, racial discrimination, and the treatment of Jewish people during World War II. The simple plot, two children who need milk for their sick mother combine with others to defeat the evil tyrant Brundibár, is a metaphor for the need to work together to defeat oppression, particularly in the context of prejudice and racism, a vital message for young people at this point in our history.

The Halifax production is directed by HTYP’s Artistic Director Tessa Mendel, with musical direction by Eszter Horvath, and features professional musicians including Scott Macmillan and members of Symphony Nova Scotia, children from the local community and professional designers.

Halifax’s only full-time, professional theatre for young audiences.
Creating empathetic, thoughtful young people through the transformative power of theatre since 2009. 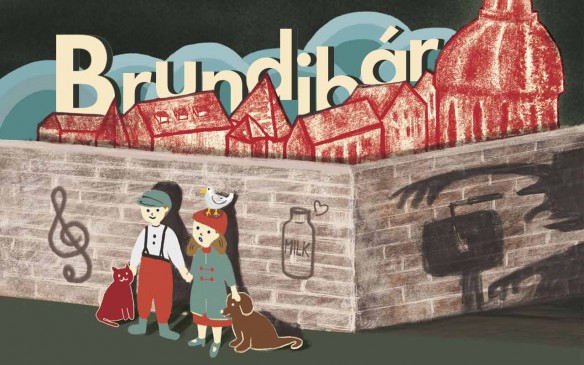