by Perform!
in Performances, Uncategorized
on November 20, 2014

Available as an in-person or livestream performance 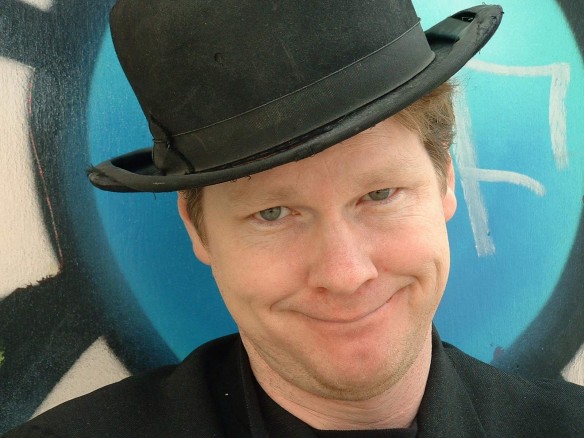 What is physical comedy?  What is mime?   What is funny?  How do you do a slapstick fall and not get hurt?  Find out in this fast paced, physically funny, truly inter-active, performance.  Christian Murray of the world-renowned company Jest In Time presents Physical Comedy 101, an all ages foray into the very process of creation.  Christian sets up the show as a lecture demonstration but quickly takes flight into full fledged sketches incorporating animal impressions, dream scape imagery and flat out shtick. The show culminates with Christian inviting the audience on stage to create a grand finale mime impression.  It’s a great show for all, from the mature five-year-old to the spry eighty-five years young.

“’His act and talents reached across the spectrum of all kids from Primary to 9; and he reached the kids who didn’t speak English.  Christian’s physical comedy is certainly universal and his act is a must to see for any age group.”   – Park West School Halifax Nova Scotia

Christian Murray is an actor, writer, and stage and film director based in Nova Scotia. As a founding member of Jest In Time Theatre, he has traveled throughout the world for the past 20 years, performing Jest’s original style of physical comedy. Highlights include a 2002 tour of Japan, three national CBC specials and performances at the Sydney Opera House. Other credits include New Zealand tour and a run at The Magnetic North Festival with Mulgrave Road’s Lauchie Liza and Rory, Henry Hackmore in Seduced, Ernest in The Anger In Ernest And Ernestine at Neptune Theatre, Ian in Eastern Front’s production of Strange Humours and Eddie in Fool for Love. In 2001 he won a Gemini Award for his writing work on This Hour Has 22 Minutes and in 2006 he was short listed for the CBC Literary award.