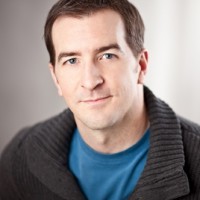 Jeff Schwager is an award-winning actor and arts-educator based in Dartmouth, NS. He has been the Coordinator of the Nova Scotia High School Drama Festival since 2010. He continues to work with theatre companies across the province, most recently LunaSea Theatre and Festival Antigonish. He has appeared in four seasons of Theatre Off The Grid, with Two Planks and a Passion Theatre, has completed 11 national and international tours with Mermaid Theatre and is a regular on the Neptune Theatre stage. He was awarded the 2013 Merritt Award for Best Supporting Actor for his work in Neptune’s Intimate Apparel. Jeff is a graduated of the University of Windsor (BFA –Acting), and the University of Ottawa (B. Ed.). He regularly works in the school system through the Perform Program, and as a substitute teacher. Working as the Coordinator of DramaFest, he takes pride in bringing together professional artists, teachers, and students from across the province to learn about and celebrate Nova Scotia’s vibrant theatre and Dramatic Arts scene.